It’s that time of year when the media is full of Valentine’s Day stories. But what exactly is it? Does everyone celebrate it? Are you rushing around to get the perfect gift? We can’t help with the last-minute shopping (read this to plan better!) but here are a few fun facts about the big day that can give perspective – and make for some lively small talk over Valentine’s day dinner! 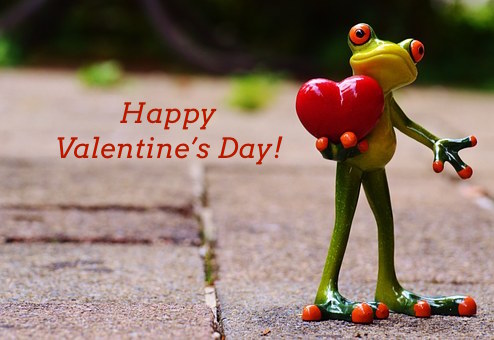 The majority of Americans (55%) are planning on celebrating Valentine’s Day 2018 in some form or another. But the celebrations don’t come cheaply: The National Retail Federation estimates that Americans will spend around $19.6 billion this year to celebrate, mostly in the form of jewelry, an evening out, flowers, candy, and clothing.Though some call it a “Hallmark Holiday” – over 131 million cards are exchanged! – Valentine’s Day wasn’t created by any corporation, though corporations do promote it to encourage sales. In fact, the average American is set to spend around $143 for Valentine’s Day this year!

Valentine’s Day began as a Christian celebration of Saint Valentine in medieval England, but the holiday as we know it only really got going in 18th century Britain, when it was first associated with romantic love and gift-giving. Since then, the holiday has since shed most of its Christian roots, and has spread to several other countries outside of Europe. In addition to most Western countries, Valentine’s Day is also now popular in Asia, particularly in China, India, Japan, Korea, Thailand and parts of Latin America. The highest Valentine’s Day spenders can be found in Hong Kong spending an average of $273 each, almost double what Americans will spend!

It Has Poetic Roots

The exact origin of Valentine’s Day has proved difficult to nail down exactly. Scholars have found a possible dark origin story with the death of a few Roman fellows named Valentine in the 3rd century AD. However, the association between Valentine’s Day and romantic love have appears to come as a result of English literature. The day was romanticized first in the works of Geoffrey Chaucer and then William Shakespeare in Hamlet. As the celebration started gaining popularity, exchanging hand-made cards would have been a regular occurrence in Britain during Shakespeare’s time. So when you write a card or a poem to your crush, you’ll be following a centuries-old tradition!

The first Valentine’s Day in Japan is celebrated on Feb. 14, just like in the U.S, and has been around since the post-war days. However, Japanese Valentine’s Day consists solely of women giving gifts to the men in their life. The most common gift is chocolate, but it isn’t only given to their significant others. Women also give “Giri-choco,” or obligatory chocolates, to their male friends and colleagues. The average Japanese woman gives them to around 6 men in her life, spending approximately $56 per year just on these chocolates. However, men return the favor on March 14 each year on a day known as “White Day,” and frequently give white chocolate or other gifts back to the women that gave them gifts in February. White Day has an even shorter history in Japan than Valentine’s Day: in fact, CEOs of confectionary companies literally invented the holiday in the 1970s!

Anti-Valentine’s Day Is A Thing

If you think all of the fuss about Valentine’s Day is a bit too much, you’re not alone; remember, only about 55% of Americans say they’re celebrating the holiday this year! The National Retail Federation found that about 30% of Americans are still planning on celebrating Valentine’s Day in unconventional ways, like treating themselves to something, getting together with loved ones, or even purchasing “anti-Valentine’s” gifts for others. Others still are planning to celebrate their own holiday the day after Valentine’s Day in much the same way, known as Single’s Awareness Day (S.A.D.). This tongue-in-cheek holiday is meant to celebrate those without significant others, and there’s certainly no shortage of things to do!

However you celebrate (or don’t celebrate) Valentine’s Day, you’re in good company. Enjoy the day!