The beginning of every school year signifies a fresh start. For me, this year is extra special. One of my sons just entered middle school, while the other just started high school. For parents, the transition from middle school to high school can be almost as difficult as it is for their children!

The thing is, we want our children to have better lives than our own. We don’t want them hurt, struggling, or failing, so we try to help them the best that we can …but  where do you draw the line at helping? How can they become competent adults capable of helping themselves?

Let’s talk about the different consequences of helicopter and outer space parenting and how to find the middle ground.

Helicopter Parenting and its Consequences

The helicopter parenting metaphor was first appeared in 1969 in the bestselling book Between Parent & Teenager by Dr. Haim Ginott. It is a pejorative term for parents that hover over their kids much like helicopters. These parents attempt to do tasks that their children are capable of doing alone or with little assistance.

According to studies mentioned here, helicopter parents don’t provide their kids with enough intellectual, creative, and emotional freedom, and there are several serious consequences.. This kind of parenting often results from emotional lack that the parents themselves feel due to their own workaholic, unavailable parents or from an excessive pressure to succeed.

Ironically, helicopter parenting can decrease the confidence and self-esteem of your child. Children of helicopter parents can feel unsure of themselves and fear failure and repercussions as they’ve never handled decisions on their own. This is a big impediment to learning and job success in later years .

Without developing proper problem-solving and coping skills, it’s hard for teens to build the resilience they need to focus on their education, maintain good mental health, and develop good habits and general life skills. Most importantly, teens need to figure out who they are, what makes them happy, and how to make good decisions. 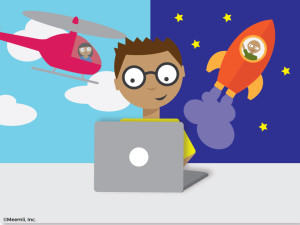 Outer Space Parenting and its Consequences

Another approach is to let your kids fend for themselves. Sometimes I hear parents bragging about how progressive they are because they just let their kids be kids. Of course, the parents bragging are the ones with success stories. Some children will be fine on their own, but that should be treated as an exception rather than the norm.

Outer space parenting also results from issues that are happening for the parents–not necessarily their children. Overworked, stressed parents who can’t/don’t strike a balance between work and family life may leave their children on their own (physically or emotionally) too frequently because they lack the time or emotional reserves to “be there” for their kids. Consequently, their kids may struggle to get the support they need to develop the skills for emotional health and success.

We are all different–there can’t be a cookie-cutter approach to parenting and education. As your child’s guide, you must pay attention to their strengths, weaknesses, and emotions, but it’s also important to consider your own feelings and motivations, and take time to look at them objectively. Tip for a helicopter parent: Children are strong and resilient. Tip for an outer space parent: Children, even as they are approaching adulthood, need to know that you are there for them.

So, How Involved Should You Be in Your Child’s Education?

While I was thinking about the helicopter-parenting dilemma, I had a funny conversation with my son.  I asked him to rank me from 0 to 10, with the 0 being helicopter and 10 being an outer space parent.

He said I was a four while I had been thinking I was a six. To me, that seemed perfect. He thinks I’m too involved, and I worry that I’m not involved enough. Now, when I intervene and he complains, I tell him I’m trying to stay between a 4 and a 6 and he can let me know, in a friendly way, when I need to back off. This healthy position strikes a balance between wanting to help my son succeed and letting him learn to take responsibility for himself and make his own decisions.

Middle school children, on the other hand, need to have the propellers going a little bit more. Middle school students learn better with active guidance and personalized support from parents.

High school introduces more responsibility and expects more of students. Once your child is in high school, you should strongly consider backing off a bit. Though there may be growing up issues you will need to deal with more, teens need less parent engagement in their everyday education choices.

I suggest that parents take the role of being a guide or advisor. It is important to let your child know, regularly but discreetly, where you stand, what your values are, and that you are available to listen and guide. Your child may not instantly take you up on the offer, but not-so-little pitchers still have big ears.

Scary as it may seem, effective parenting sometimes means letting your children fail. Parents need to help kids learn that they can handle failure and challenges. However, you don’t want to leave them feeling unsupported or vulnerable.

Parents should be a safety net and a resource, remaining close enough that you can step in when your child really needs you, but far enough that you’re still allowing them to make decisions and solve their own problems.

(This post was written by Anna Colibri. When Anna’s not working on digital marketing projects, she spends her time parenting two boys in beautiful San Francisco, California.)